Shoulder arthroplasty for atraumatic osteonecrosis - not that simple.

Shoulder arthroplasty for atraumatic osteonecrosis of the humeral head

The revision free survivorship is shown in the chart below. 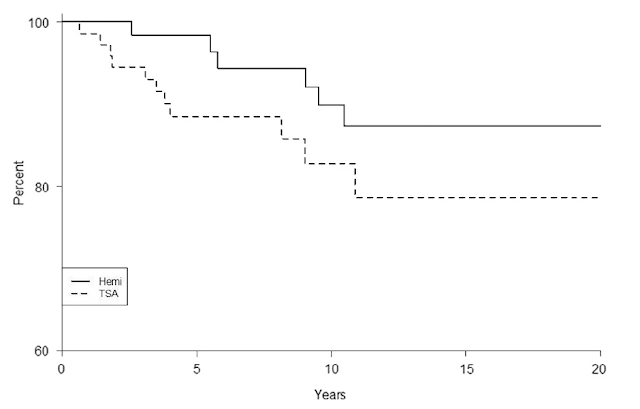 Eight hemiarthroplasties and 11 total shoulders underwent reoperation. The most common cause for reoperation was painful glenoid arthrosis in the HA group and aseptic loosening in the TSA group.

There were no operative complications in the hemiarthroplasty group. Ten total shoulders experienced complications. Intraoperative fractures occurred in 3 shoulders. Two of these were greater tuberosity fractures repaired with suture fixation. The third was a fracture at the tip of the humeral stem treated with conversion to a longer stem. Two shoulders had postoperative neurapraxias that resolved completely. One shoulder was treated for a superficial postoperative infection with oral antibiotics. One patient experienced a postoperative hematoma that resolved
with observation. Three shoulders developed clinically significant subluxation (2, anterior; 1, posterior). The reasons for these different complication rates are not understood. 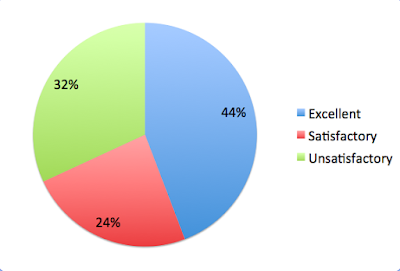 The major reasons for unsatisfactory results were reoperation, pain, loss of motion, and subjective dissatisfaction.

Comment: Osteonecrosis can exist in a wide range of severities as shown in the figures from our collection. Note the differences in the extent of head involvement, the degree of collapse and the involvement of the glenoid. 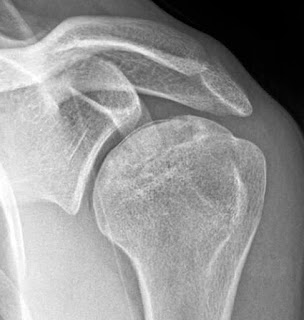 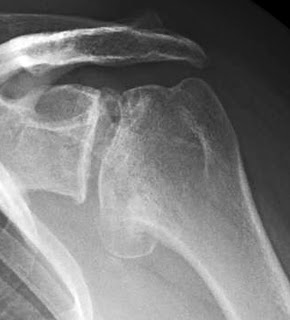 Patients with this diagnosis have a range of conditions that may have prompted the use of corticosteroids - from asthma to rejection of a renal transplant.

It can be easily seen that there are major differences in the patients having hemiarthroplasty and those having total shoulders. This would have been a more informative study if the methods had been based on a multivariate analysis of the factors affecting (a) survivorship and (b) clinical outcome, including patient age, sex, underlying disease, degree of collapse, degree of head involvement, degree of glenoid involvement, and type of arthroplasty. In that way we could better understand the factors associated with better and worse results.
Posted by Frederick A. Matsen III, M.D. at 8:37 AM