These authors observe that different techniques have been described to determine postoperative lengthening of the arm after reverse total shoulder arthroplasty. They evaluated the reliability of the acromiohumeral distance (AHD) in determining arm lengthening after reverse shoulder arthroplasty.
The AHD was defined as distance between the most lateral part of the undersurface of the acromion perpendicular to a line parallel to the top of the greater tuberosity.

They studied 44 patients who had received a reverse shoulder arthroplasty, examining preoperative and postoperative radiographs on anteroposterior view in neutral rotation. 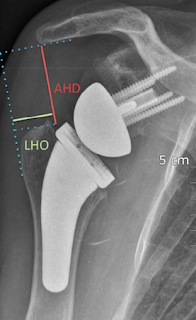 The inferior displacement of the humeral tuberosity results in an increase in the distance between the acromion and the greater tuberosity and carries the potential risk of acromial fatigue fracture (see this link) and  excessive traction on the brachial plexus (see this link). A recent article (see this link) concludes "Excessive arm lengthening should be avoided, with zero to two centimeters of lengthening being a reasonable goal to avoid postoperative neurological impairment."

We note that another way of assessing inferior humeral displacement is to look at the integrity of the Arch formed by the medial proximal humerus and the lateral border of the scapula. By comparing the preoperative and postoperative views one can see the discontinuity of the Arch in this particular case of reverse total shoulder. 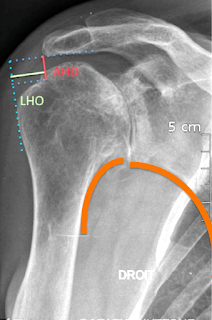 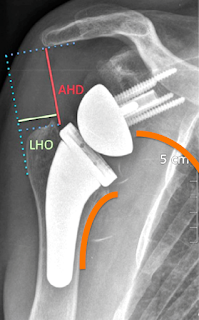 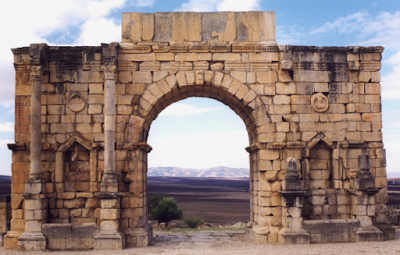 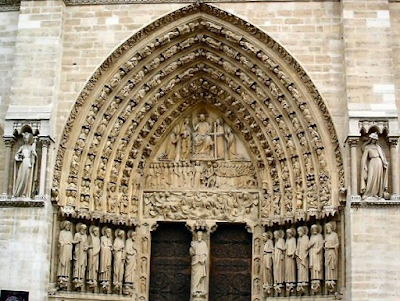 We like just calling it the Arch; any disruption is apparent. 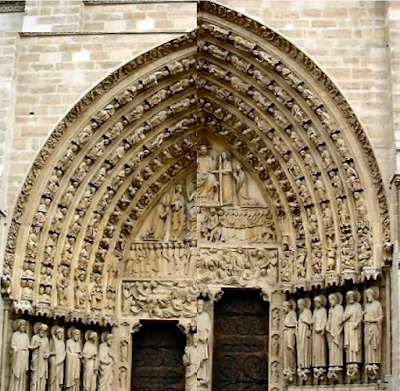 An approach to reverse total shoulder arthroplasty that relies more on "East-West" soft tissue tensioning rather than only on "Southern" deltoid tensioning may reduce the amount of arm lengthening as shown by less disruption of the Arch. 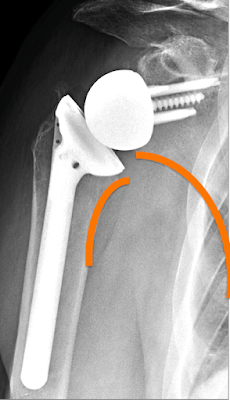 =====
To see a YouTube of our technique for a reverse total shoulder arthroplasty, click on this link.

To see our new series of youtube videos on important shoulder surgeries and how they are done, click here.