This article presenting a detailed analysis of 88 shoulders is important because (1) it emphasizes that notching is something to avoid and (2) it points out that prosthesis design does have an effect on the rate of notching in clinical practice. Of added importance is the fact that none of the authors had financial relationships with commercial entities relating to the subject of this study. Using a consistent surgical technique, the authors compared Tornier and Zimmer designs using only 36 mm diameter glenospheres. They noted that the Tornier had an angle of inclination of 65 degrees, no angulation of the liner, and no lateral offset of the glenosphere, while the Zimmer had an angle of inclination of 53 degrees which increases to 60 degrees with a nonretentive liner and to 65 degrees with a retentive liner. The Zimmer also has a 2.5 mm lateral offset of the glenosphere.

The results were dramatic: At an average followup of 31 months (minimum 12 months) the rate of notching was 92% for the Tornier design, 58% for the Zimmer nonretentive design, and 71% for the Zimmer retentive design. The severity of notching was greater for the Tornier design. The diagnosis leading to the reverse total shoulder did not have a significant effect on notching. They did emphasize the importance of inferior positioning of the glenosphere on the glenoid, in that superiorly displaced glenosphere components predisposed to notching. This study included only data on radiographic notching and did not include an analysis of other factors that may be affected by component design, such as stability, function, and prosthetic failure. These factors need to be included in the selection of the optimal prosthesis for each patient. It is also important to recognize that there are other prosthesis designs available, some of which have substantially different geometries including increased lateral offsets.

Thus in reverse total shoulder arthroplasty, design does matter. As we pointed out in a recent post and here,  different component designs have different effects on the position of the center of rotation - both superiorinferiorly (which affects deltoid tension) and mediolaterally (which affects stability and the proximity of the medial aspect of the humeral component to the glenoid).  The design of the component also determines the shape of the glenoid polyethylene and the varus/valgus orientation of the humeral cup. Stated simply, designs that place more polyethylene beneath the glenosphere tend to be more stable on one hand while increasing the risk of notching on the other. 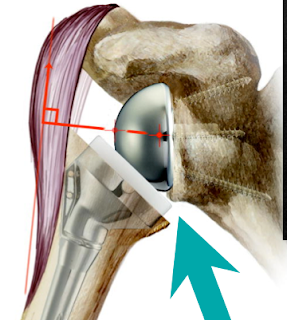 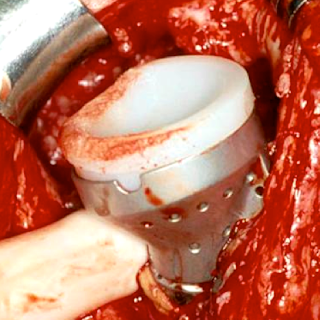 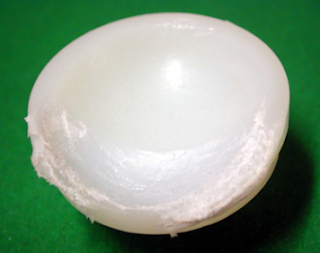 Consider the figures below, each of which was taken from the website of a vendor of a reverse total shoulder (please recall that we have no financial relationships with any company making orthopaedic implants). Note the relationship of the center of rotation of the glenoid component to the proximity of the medial aspect of the humeral cup to the scapula. Interestingly some illustrations show the arm in abduction, which can mask the proximity when the arm is adducted. 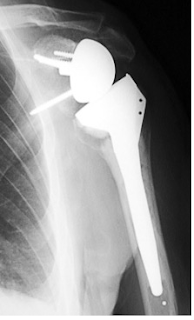 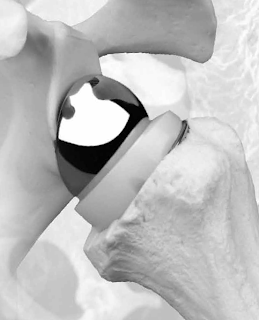 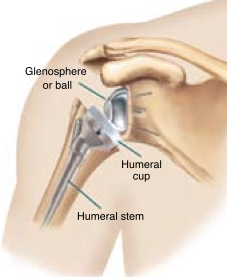 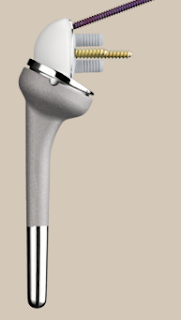 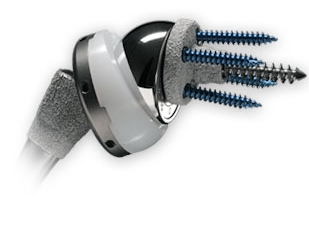 The authors of the JSES paper suggest that the difference in notching between the Tornier and Zimmer designs may relate to the lack of lateral glenosphere offset in the former. Some authors have advocated modifying the medial/lateral position of the glenosphere by the insertion of a bone graft with the explicit goal of minimizing the risk of notching as shown below. 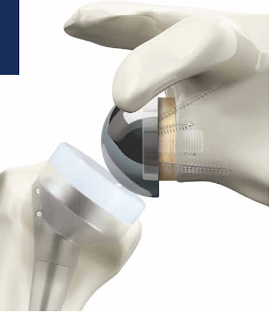 Some prosthetic designs accomplish the same effect by adding a neck to the glenosphere. 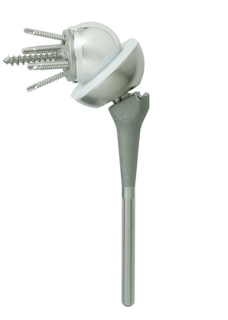 This change in design has an effect on the medial/lateral position of the center of rotation and adding distance between the humeral component and the scapula.

If you have suggestions for topics you'd like us to address in this blog, please send an email to
shoulderarthritis@uw.edu