They concluded that pseudoparalysis of the shoulder has a variable definition in the literature without consistent consideration of degree or substratification of other confounders such as the presence of arthritis or pain.

Comment: This article emphasizes that the inability of a patient to elevate the arm above 90 degrees cannot be equated to "pseudoparalysis" without assuring that this inability is not caused by (1) stiffness or (2) pain. In the first instance, a stiff shoulder with passive and active elevation each limited to 80 degrees does not satisfy the definition. In the second instance, a shoulder that has good passive elevation, but sufficient pain that the patient cannot actively elevate the shoulder does not satisfy the definition either. The authors point out that in cases where pain appears to be the limiting factor, injection of local anesthetic may clarify the diagnosis.

Two other important observations are made here:
(1) Apparent inability to elevate the arm in the presence of good passive motion may respond to analgesics and physical therapy. Most shoulder surgeons have seen patients referred for a reverse total shoulder because of "pseudoparalysis" who respond to non-operative measures. However, non-operative management appears to have a poor chance of restoring function to shoulders with less that 50 degrees of active elevation - see this link.
(2) Many of the cases of classic pseudoparalysis are caused by the anterosuperior escape that can result from performing an acromioplasty as shown in the video below.

The effect of coracoacromial ligament excision and acromioplasty on the amount of rotator cuff force production necessary to restore intact glenohumeral biomechanics.

These authors point out that coracoacromial ligament (CAL) excision and acromioplasty increase superior and anterosuperior glenohumeral translation. They used a cadaver model to estimate how much of an increase in rotator cuff force is required to re-establish intact glenohumeral biomechanics after acromioplasty.


Nine cadaveric shoulders were subjected to loading in the superior and anterosuperior directions in the intact state after CAL excision, acromioplasty, and recording of the translations. The rotator cuff force was then increased to normalize glenohumeral biomechanics.

At 150 and 200 N of superior and anterosuperior loading, an increase in the rotator cuff force of 25% was required to eliminate the increased translation resulting from CAL excision.

At 150 and 200 N of superior and anterosuperior loading, an increase in the rotator cuff force of 25% and 30%, respectively, was required to eliminate the increased translation resulting from acromioplasty and CAL excision.

The authors concluded that after subacromial decompression, the rotator cuff has to increase  its force production to maintain baseline glenohumeral mechanics. Under many circumstances, in vivo force requirements may be even greater after surgical attenuation of the coracoacromial arch.

Comment: As Codman pointed out in 1934 "The coracoacromial ligament has an important duty and should not be thoughtlessly divided at any operation." 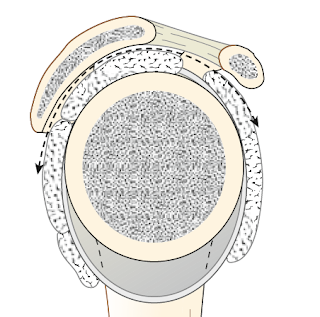 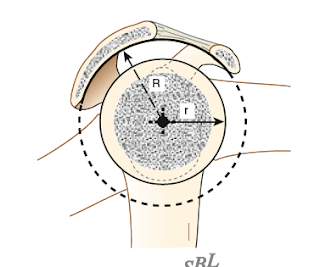 The stabilizing effect of the arch remains the same if there is ossification of part of the coracoacromial ligament. 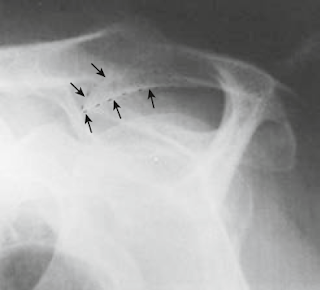 We have previously demonstrated that the acromion is loaded when superiorly directed force is applied through the humeral head (whether or not the cuff is intact). 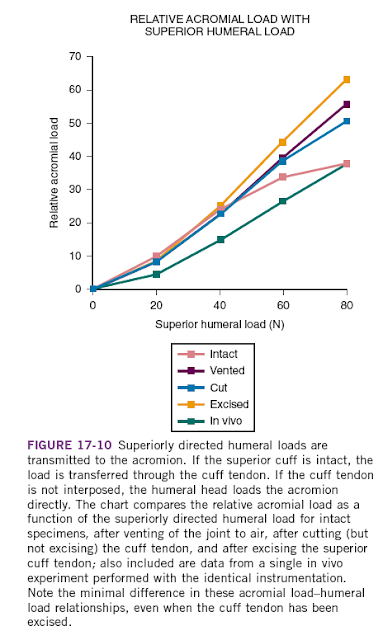 When the superior cuff tissue is absent, superiorly directed loads applied to the humeral head produce superior translation of the head until it is stopped by the coracoacromial arch. 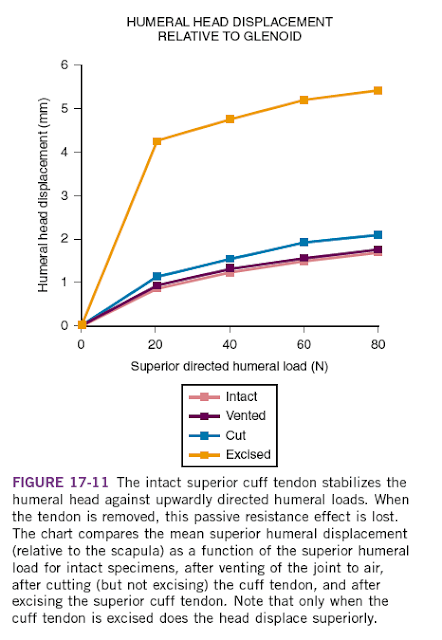 Sacrifice of the coracoacromial arch in the cuff deficient shoulder is a common cause of anterosuperior escape and pseudoparalysis. 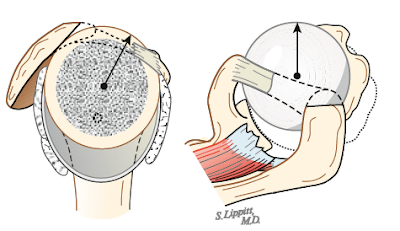 Where does that leave the concept of 'impingement'? See this link.

See an interesting relevant letter to the editor via this link.

===
To see a YouTube of our technique for a reverse total shoulder arthroplasty, click on this link.

===
How you can support research in shoulder surgery Click on this link.

We have a new set of shoulder youtubes about the shoulder, check them out at this link.