Povidone-iodine irrigation in shoulder surgery - is it safe? is it effective in reducing the load of Cutibacterium?

These authors used a 2-arm randomized, single blinded clinical trial to investigate the effectiveness of treating the subcutaneous tissue with povisdone-iodine (Betadine) in reducing the Cutibacterium culture rate in primary open shoulder surgery performed through a deltopectoral approach. 108 patients were enrolled in two groups (70 treatment vs 38 control).

A skin swab was taken for culture prior to standard surgical skin preparation.

After exposure of the deltoid fascia, the treatment group received preparation of the subcutaneous layer with povidone-iodine solution.

Once the proximal humerus was completely exposed, 5 swabs from different sites were taken for culture.

The subcutaneous Betadine treatment significantly reduced the positive culture rate of the operating field for all bacteria combined (p = 0.036) and specifically for Cutibacterium (p = 0.013).

The reduction of positive swabs for Cutibacterium was significant for the surgeon's gloves (p = 0.041) as well as for the retractors (p = 0.007). 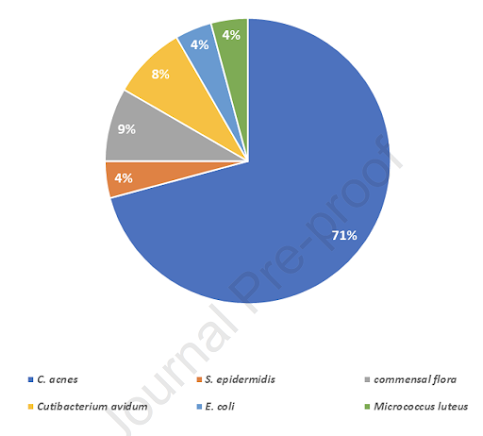 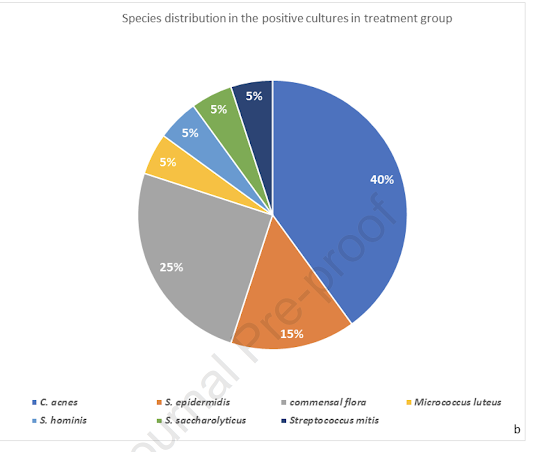 The percentage of Cutibacterium positive swabs was lower for the treatment group for all cultures except the "outside scalpel blade, which was used prior to the treatment with Betadine. 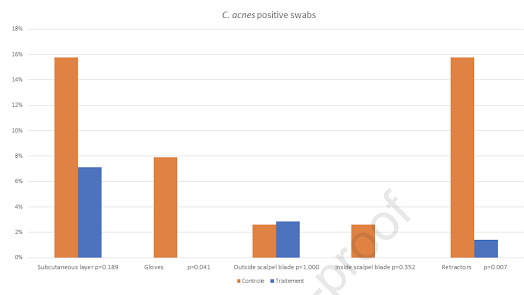 Comment: While this study appears to provide some support for the use of povidone-iodine in shoulder surgery, further clinical research is needed to define the benefit and the risks of this treatment. See, for example, these two articles from the hip and knee arthroplasty literature.
Use of Povidone-Iodine Irrigation Prior to Wound Closure in Primary Total Hip and Knee Arthroplasty An Analysis of 11,738 Cases

They noted a trend toward higher rates for reoperation for infection among patients who received PI irrigation.

===
To support our research to improve outcomes for patients with shoulder problems, click here.
To subscribe to this blog, enter your email in the box to your right that looks like the below

===
How you can support research in shoulder surgery Click on this link.

We have a new set of shoulder youtubes about the shoulder, check them out at this link.

You may be interested in some of our most visited web pages  arthritis, total shoulder, ream and run, reverse total shoulder, CTA arthroplasty, and rotator cuff surgery as well as the 'ream and run essentials'
Posted by Frederick A. Matsen III, M.D. at 7:23 AM