Propionibacterium acnes: an underestimated etiology in the pathogenesis of osteoarthritis? 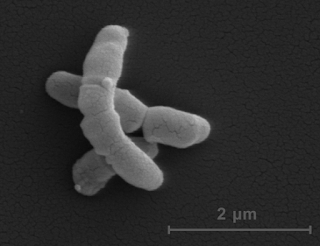 The authors collected aspirates and biopsy specimens from 55 consecutive patients with arthritic shoulders undergoing primary joint replacement and examined them for the presence of P acnes. Special measures were taken to ensure that the specimens were carefully taken from within the joint to reduce the risk of contamination to minimal. 23 (42%) of these shoulders cultured positive for propionibacterium. The mean time for full identification for P acnes was 7 days (range, 5-9 days). In 21 of 23 cases, P acnes was the only organism isolated.

Thus it appears that the maximum duration of the subset of cultures that were turbid on broth was 12 days. On the other hand, broth culture negative specimens appear to be cultured for only 5 days (48+72hours). This approach may run the risk of delayed positive culture in the other media as shown here. It is possible that holding each of the culture methods for three weeks would have resulted in an even higher rate of recovery of propionibacterium.

This is a very important article in that it suggests the presence of propionibacterium in previously unoperated shoulders with arthritis and furthermore that 'aseptic' failures of shoulder arthroplasty may, in fact, be related to indolent infections with this slow growing organism. They emphasize, as we have in the past, that recovery of propionibacterium requires the taking of multiple specimens, culturing them on aerobic and anaerobic media, and holding the cultures for at least three weeks.

This article is provocative. Is propionibacterium causative or just an 'innocent bystander' of arthritis?
What is the best antibiotic prophylaxis? The authors use 1 dose of intravenous teicoplanin and gentamicin, while we use Ceftriaxone and Vancomycin X 24 h. Should patients having shoulder arthroplasty be on antibiotics longer than 24 h? If the cultures become positive after the initial prophyaxis is stopped, should antibiotics be restarted? If so which ones and how long?

Complements to Ofer and his team for taking some key steps.


---
=====
To see our new series of youtube videos on important shoulder surgeries and how they are done, click here.