Here are two cases from this week's OR.

The first patient is a 56 year old very active and muscular individual who had dislocated his shoulder as a youth playing football. He had 2 open stabilization surgeries in the early 1970s which did help with his instability but resulted in significant stiffness.  Preoperatively he had very limited range of motion with only 30 degrees of forward flexion and minus 30 of external rotation with only a toggle of glenohumeral motion.  The preoperative x-rays show the staples from his prior surgeries that are loose from the bone.  The axillary ('truth') view shows the humeral head to be posteriorly subuxated on a biconcave glenoid. The screw was used in a prior coracoid osteotomy. Note the thickness of his humeral cortex. 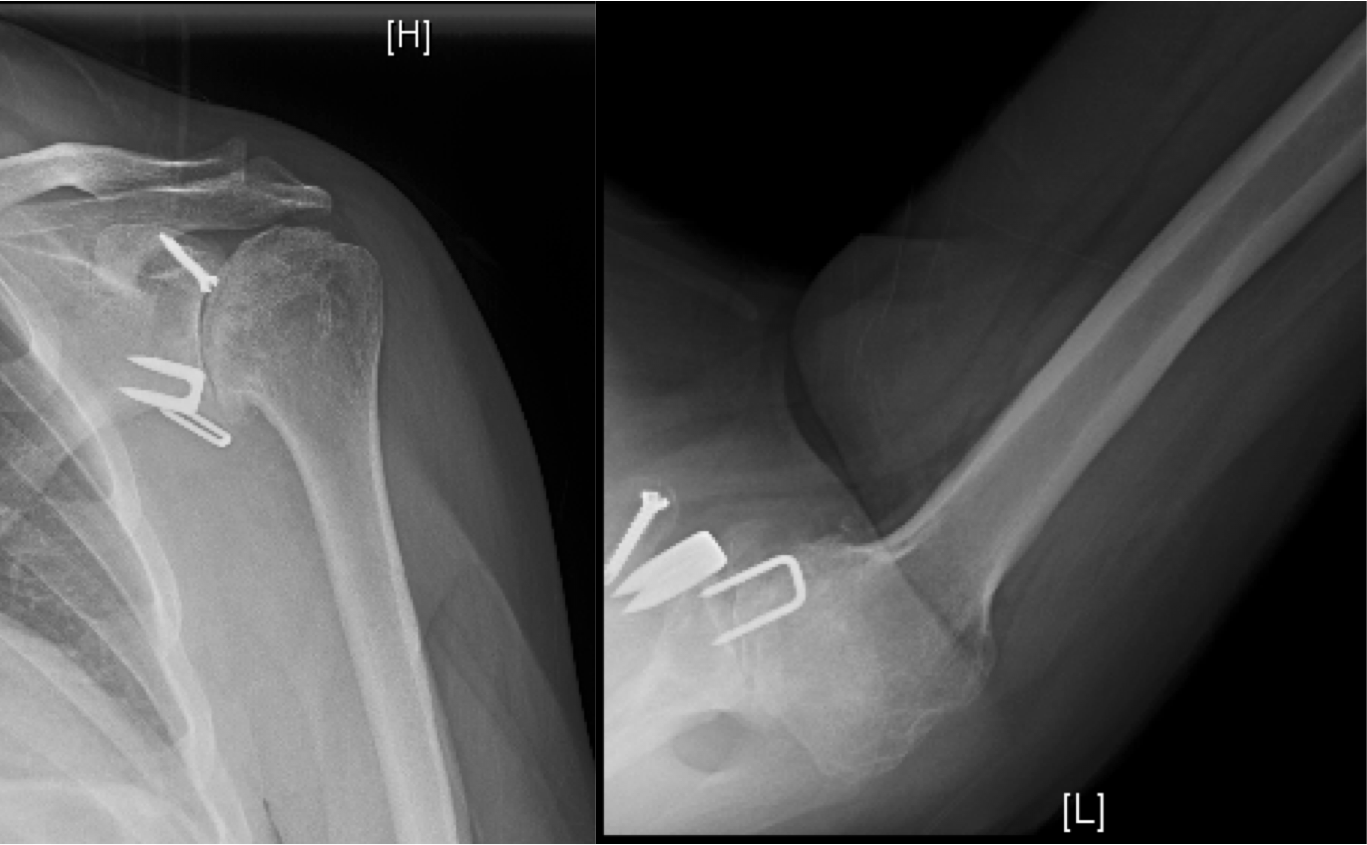 At surgery we carefully removed the staples from near the axillary nerve and artery. The coracoid screw was left in place. His ream and run was otherwise uneventful. His head was stable and at discharge on the second postoperative day he had 140 degrees of assisted elevation. 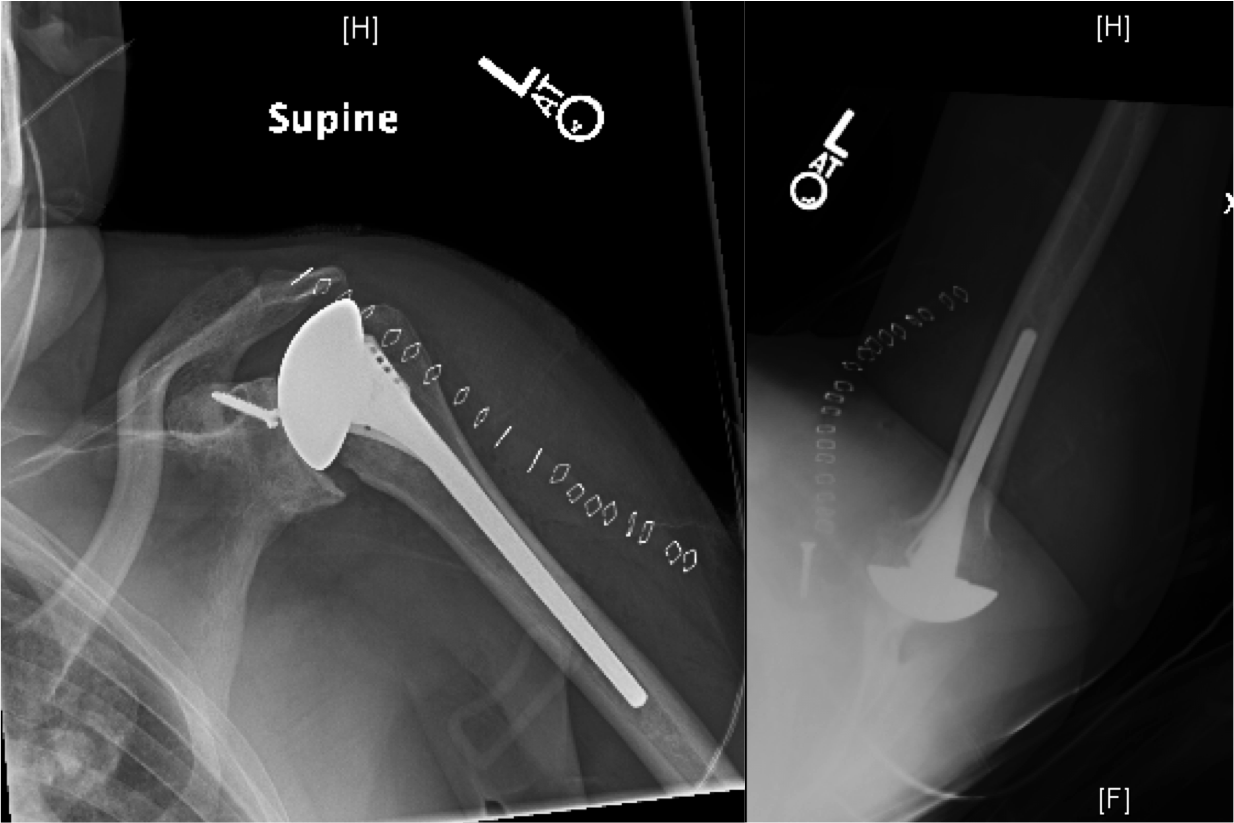 The second patient was a 49 year old active individual who had a previous Bristow procedure in 1985 who then developed progressive shoulder pain and stiffness. He again had severely limited range of motion, especially external rotation. His preoperative films showed a retained screw from his Bristow and posterior humeral subluxation of his humeral head on the glenoid. 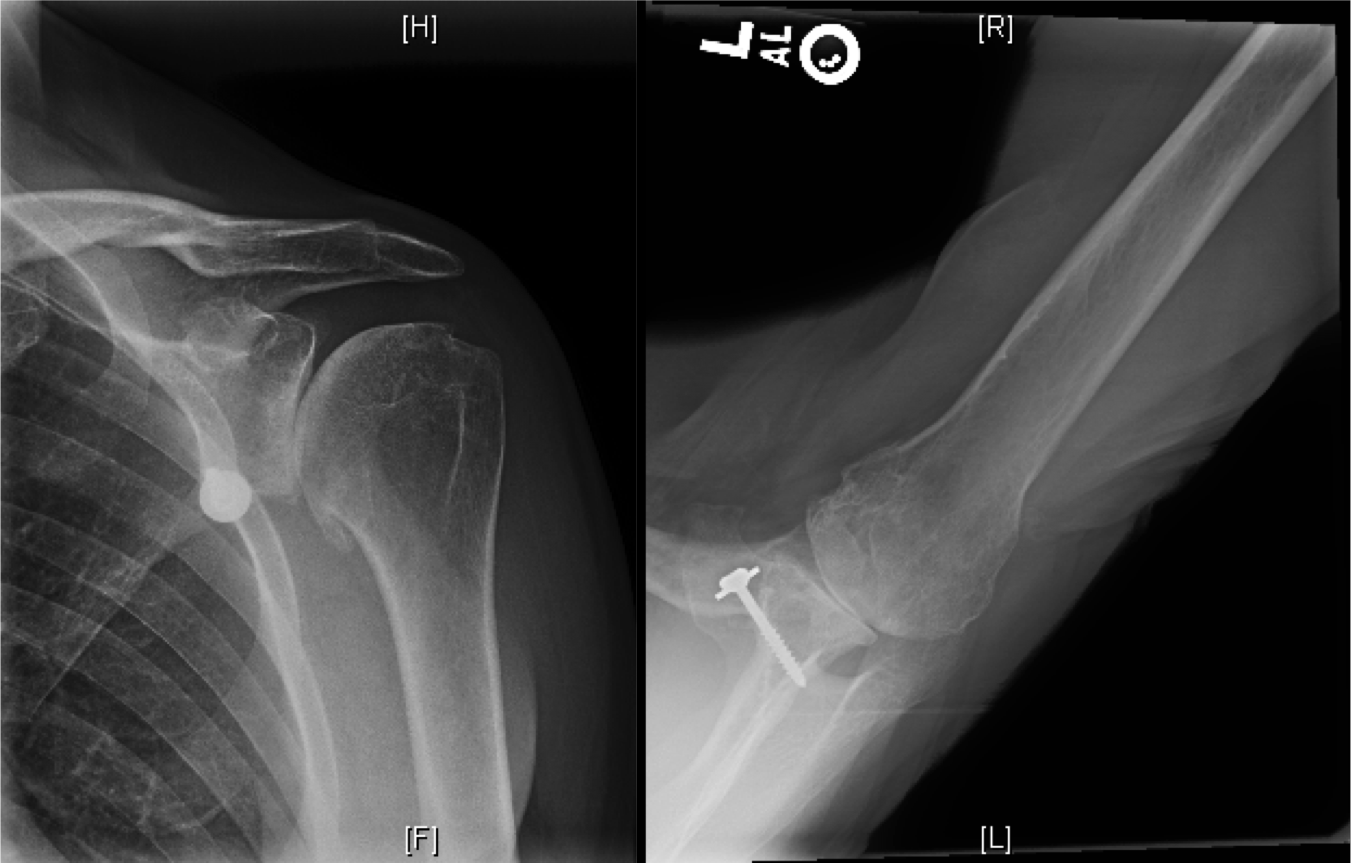 At the ream and run procedure the shoulder demonstrated some excessive posterior translation so an anteriorly eccentric head and a rotator interval plication were used. His postoperative films showed his humeral head centered on the glenoid. In cases of posterior instability, it is important to make sure the prosthesis is fully seated in that if the head is high, it will increase the tendency for posterior subluxation when the arm is flexed forward. 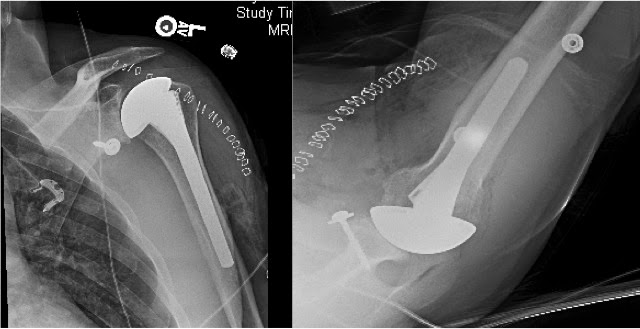 On the second postoperative day he had 140 degrees of assisted elevation.

These cases are always difficult because of the tightness of the shoulder, the distorted anatomy and the muscularity of the patient, but the results in carefully selected patients can be terrific (see this post for example).

This post was prepared with the assistance of Robert Lucas, M.D.
===
Consultation for those who live a distance away from Seattle.

To see the topics covered in this Blog, click here