Here is an instructive story: 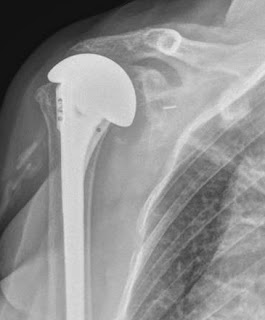 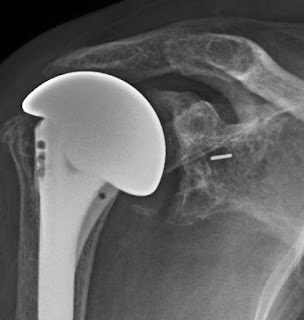 Operation 5. This was revised to a reverse total shoulder 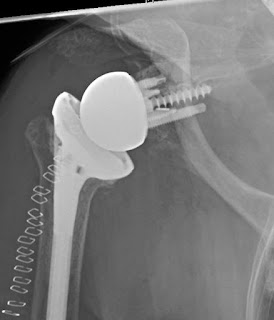 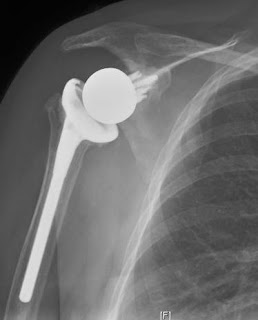 Four months later she developed pain in the back of her shoulder. Radiographs showed a fatigue fracture of her scapular spine (see arrow in the x-ray below). 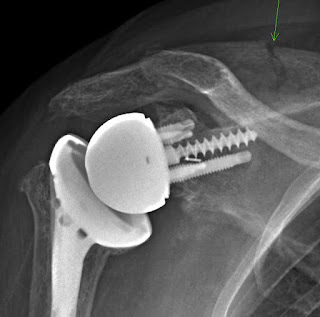 A month later the fracture displaced allowing the acromion to angulate inferiorly (compare the scapular spine to the immediate postoperative radiographs. 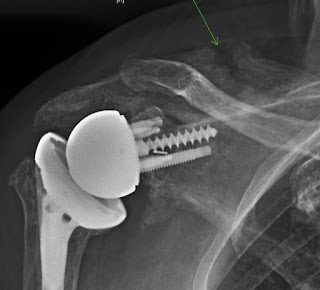 11 months later the fracture appeared to be healing 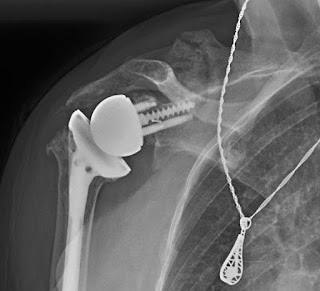 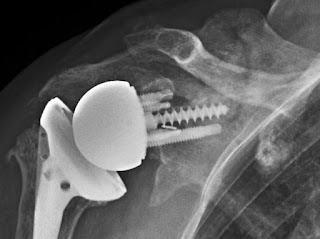 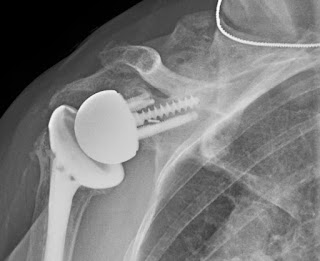 =====
We have a new set of shoulder youtubes about the shoulder, check them out at this link.