The superior baseplate screw in reverse total shoulder arthroplasty: the least important and the most dangerous

During implantation of the glenoid baseplate, screws are inserted through the glenoid face into the scapular body to achieve adequate fixation. Placement of peripheral baseplate screws in the superior and posterior glenoid may increase the risk of injury to the suprascapular nerve (SSN). These authors used a cadaveric model to evaluate the risk of SNN injury with placement of baseplate screws in the superior and posterior direction. 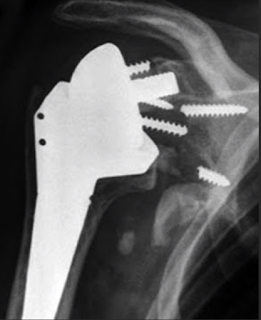 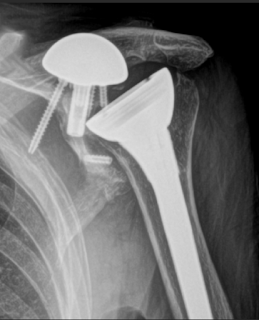 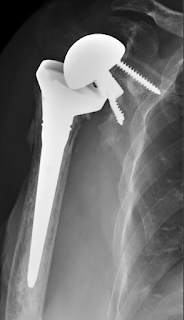 Using an in vitro model these authors examined some of the factors affecting the quality of glenoid screw fixation, including the density of the material into which the screws are placed, the purchase of individual screws, and the direction of loading in relation to screw placement.

As shown in the diagram below, superiorly directed loads applied to the glenosphere by the humeral component (black arrow) subject the critical inferior screw to traction (red arrow), while the bone at the superior aspect of the glenoid (represented by the grey box) is subjected to compression (green arrow) - which results in minimal loading of the superior screw. 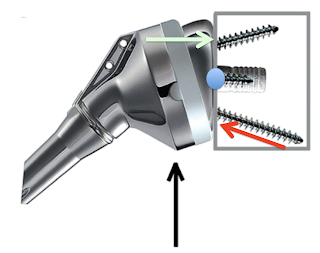 ===
To see a YouTube of our technique for a reverse total shoulder arthroplasty, click on this link.

=====
To see our new series of youtube videos on important shoulder surgeries and how they are done, click here.