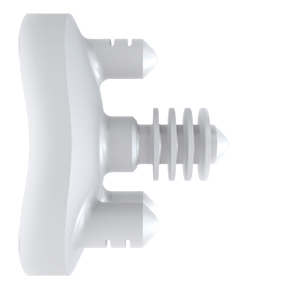 The use of a prosthetic glenoid component as a part of a total shoulder arthroplasty enables the restoration of the shape of the glenoid socket in a shoulder with arthritis where the joint space as been destroyed as shown on the preoperative x-rays below. 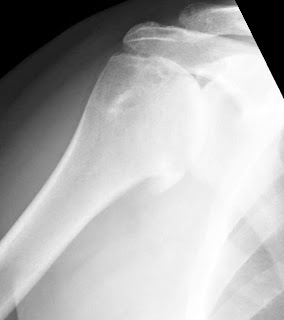 While the glenoid component cannot be seen directly on the postoperative x-ray, the space between the metal ball and the bone of the glenoid occupied by the glenoid compnent is evident on the post operative films from a patient we treated last week. The staples used to closed the skin are shown at left. The careful observer will also note that the humerus has been moved away from the scapula, re-tensioning the muscles around the shoulder. Also, faintly visible within the bone of the scapula to the right, one can see a thin white line representing a metal marker within the plastic socket component. 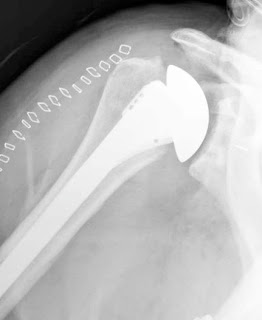 See the countries from which our readers come on this post.
Posted by Frederick A. Matsen III, M.D. at 7:44 AM