Chondrolysis of the shoulder, x-ray appearance.

The joint surfaces of the shoulder (glenohumeral) joint are normally covered by smooth articular cartilage. 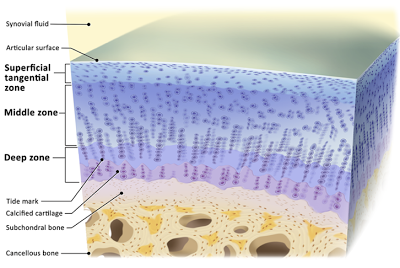 Glenohumeral chondrolysis is the irreversible destruction of previously normal articular cartilage, occurring most commonly after shoulder surgery in young individuals. 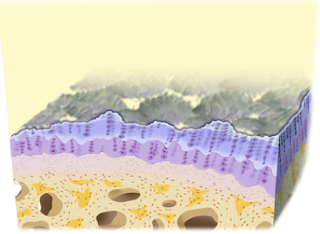 The reported incidence of this complication has risen rapidly since the early 2000s. As chondrolysis cannot be reversed, its occurrence can only be prevented by establishing and avoiding its causes.

The authors analyzed all published cases of glenohumeral chondrolysis, including the relevant published laboratory data, to consolidate the available evidence on the causation of this complication by the postoperative intra-articular infusion of local anesthetic via a pain pump.


The published evidence demonstrated a causal relationship between the infusion of local anesthetic and the development of glenohumeral chondrolysis. 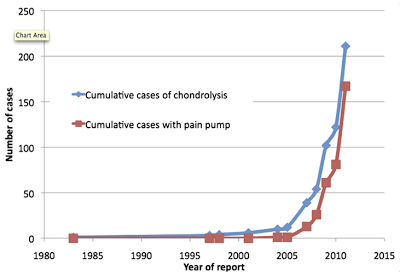 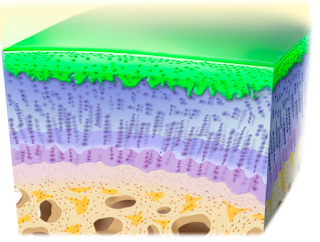 to gain access to the deeper tissue through the hole in the cartilage associated with the suture anchor. 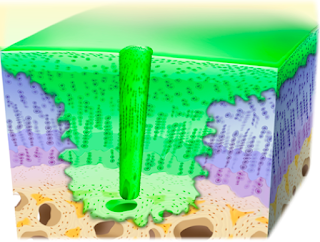 It was concluded from the published evidence indicates that the preponderance of cases of glenohumeral chondrolysis can be prevented by the avoidance of the intra-articular infusion of local anesthetic via a pain pump.

As we've emphasized before (see here), two plain x-rays are necessary and sufficient to make most diagnoses of shoulder arthritis.

Here is an anteroposterior (AP) and an axillary view typical of shoulders with chondrolysis from the intraarticular infusion of local anesthetics with a pain pump.

The upper view, the AP shows an atrophic joint without sclerosis or osteophytosis, and with osteopenia and articular surface cysts. 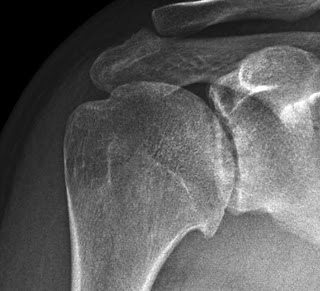 The standardized axillary view reveals much more of the pathology: central erosion of the glenoid and shows the loss of humeral head roundness as well as the articular surface cysts. 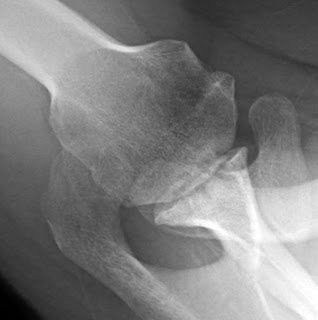 Other posts of relevance to chondrolysis


To see the topics covered in this Blog, click here
Use the "Search" box to the right to find other topics of interest to you.
You may be interested in some of our most visited web pages including:shoulder arthritis, total shoulder, ream and run, reverse total shoulder, CTA arthroplasty, and rotator cuff surgery as well as the 'ream and run essentials'
See from which cities our patients come.
See the countries from which our readers come on this post.